“Machines take me by surprise with great frequency.” —Alan Turing

Alan Turing has been getting a lot of attention lately. From being portrayed by Benedict Cumberbatch in an Oscar-nominated film about his life and work to the increased interest in researching and creating “superintelligence,” an evolution of Turing’s theories about artificial intelligence and an area of study exploding in 2015, Turing seems to be everywhere.

For anyone unaware, Turing was a computer scientist and mathematician who pioneered the Turing Machine, the computer technology most commonly associated with the genesis of the modern-day computer, and the original theories behind artificial intelligence. To this day, computer scientists use The Turing Test to determine whether a computer program exhibits human-like intelligence and behavior (there is even recent proof of robots showing self-awareness).

Don’t worry, this installment of the Industrial Digital Marketing Roundup isn’t a biography of Alan Turing, but it is themed around smart machines and technological convergence, trends that stem from the ideas put forth by Turing during and following World War II.

Oh, did I fail to mention that Turing proposed all of this around 1950? Well, I guess it’s about time we caught up with him. 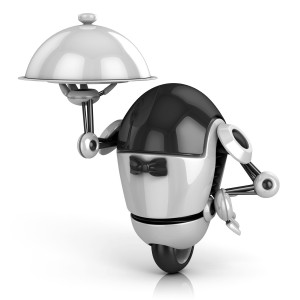 Don’t lie; we all want a robot butler.

While being able to pop down to Best Buy and pick up a Rosie Model XB-500 is a few years off, the reality of Jetsons-esque technology isn’t as distant as we sometimes think. Most people are familiar with Siri, Apple’s virtual helper for iPhone, and now Microsoft has released their version for Windows Phones named Cortana. These are merely software versions of the personal assistant, but we are already taking steps toward hardware versions as well.

Recently, Amazon introduced their Amazon Echo, a voice-activated computer for the home. Not to be outdone, Jibo, Inc. is teasing the upcoming launch of the “world’s first family robot.”

Where this starts to resonate for industrials is around the idea of convergence, a topic we’ve addressed before. It may be incredibly neat right now to be able to say, “Jibo, play rock music!” and have that happen in your home, but imagine how great it will be when you will be able say, “Jibo, when do we need to replace our hollow-core compression packing in the SPC-60S?” and be given an accurate answer. 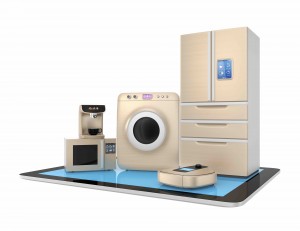 When Philip K. Dick wrote his novel Do Androids Dream of Electric Sheep?, he wasn’t asking about refrigerators that keep track of our milk stock or bridges that build themselves without the help of human hands. These, however, are the robots we have today.

The 2015 Consumer Electronics Show (CES) was packed to the brim with different smart machines, from self-watering flowerpots to automated garage doors to technologically advanced doorbells and beyond. It seems like every time the human race gets smarter, we make sure the machines we surround ourselves with get smarter as well.

Eventually, we’ll get to the point where the laundry will be done automatically while we’re at work, the fridge will connect with our Amazon Prime account to order eggs and milk on an “as-needed” basis, and the doorbell will recognize the UPS delivery driver and unlock the screen door so the books we ordered won’t get wet during the rainstorm that’s forecasted for later in the afternoon.

Think I’m exaggerating? Check out this video of an automated home chef currently being developed for consumer use in 2017:

How long will it be before the machines in your factory can notify you when they need unscheduled maintenance? Or, better yet, if you’re a distributor, how long until a machine will be able to ping your sales staff when a customer needs replacement parts? 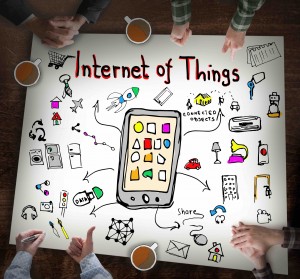 In other words, if the personal assistant technology mentioned above begins to be implemented across multiple smart devices, then they would create a network to communicate with one another.

This trend has been gaining a lot of traction in the manufacturing space and many OEMs and industrial operations are in the process of finding out how to connect their products and devices across an IoT network that will enable them to gain more insight into customer activities, needs, and data. The goal is to make future production and inventory decisions easier and more accurate, ultimately benefitting the bottom line.

According to a PricewaterhouseCoopers survey:

John Nesi, vice president of market development at Rockwell Automation, has said only 10% of industrial operations are currently using the connected enterprise to its fullest extent. Over the next decade, these types of technological advances will revolutionize industrial operations. And while manufacturers are no strangers to sensor-based automation, the future of IoT will bring new frontiers of efficiency and productivity to many factories across the world. Which means it’s time to start integrating your data and operations so you will be ready once the hardware makes these inevitable shifts.

Not only that, when all items have individual codes and communicate on IoT networks, you will be able to target your customers in ways only dreamt of in the past. An article from the B2B News Network talks about the Internet of Things this way:

In a future filled with smart products, advertisers won’t have to rely on pop ups or banner ads because highly targeted and personalized ads will be much more effective. We might not even see commercials anymore because the IoT will usher in a whole new style of advertising where everything is completely relevant to the end user. 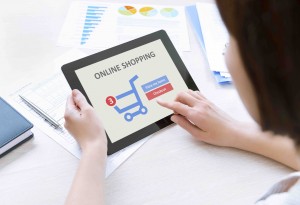 For customers of nearly any major cable provider, the idea of on-demand services won’t seem very futuristic. The last decade has dulled our amazement for instant gratification with things like Comcast On-Demand, Netflix, iTunes movie rentals, and Amazon Instant Video. It’s easy to get complacent when the items we want “on demand” are media files that are easy to transmit over cable lines. Things get a bit more interesting when you try to do the same for physical items.

News outlets have spent a lot of time documenting Amazon’s drone delivery tests for certain items. And while still a ways off, this video shows that, given the right circumstances, it is a very real option:

Needing something urgently and then having the option for immediate delivery probably sounds like a dream for facility managers reading this, but that is the direction we are heading in. Pretty soon, once your smart machine tells you that it needs a replacement part, you’ll be able to use the same network to put in an order and have it shipped to your factory for same-day delivery.

It’s safe to say we are living in the future. Between a world with automated assistants, smart washing machines and Internet everywhere, living life like the Jetsons doesn’t seem to be far off. Mr. Turing would be proud.

It’s true that many of these developments won’t be commonplace in the manufacturing sector in the next few years, but when they do come online, all of these systems will require that you have up-to-date data and established digital processes. It’s time, in other words, to start putting a digital integration plan in place. If you have any questions about how to set something like that up, please reach out and chat with us today.