“The past is never dead. It’s not even past.” —William Faulkner

2015 was a big year. Between intergalactic movie releases, rising international tensions, and shifting interpersonal communication options, it’s honestly hard to sum up all that transpired.

Specifically within the industrial sector, 2015 was a year of great gains: Manufacturing Day had its largest attendance yet, GE launched its amazing “Digital Industrial” campaign, and President Obama announced he will be attending Hannover Messe in 2016, where the U.S. will be a “Partner Country” for the first time.

With everything that’s been going on, it’s no wonder you may have missed some of the major tech trends and tools that got released last year. So, without further ado, please let the Industrial Digital Marketing Roundup brief you on . . . 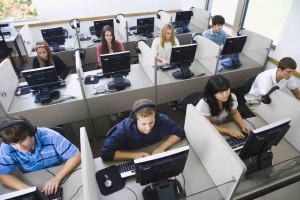 This has honestly been a trend for the past five years, but it was remarkably apparently in 2015. More people, using more devices, at more regular intervals, are reshaping how companies operate and communicate.

Even in the industrial sector, computers are becoming more than just tools as they are increasingly integrated with day-to-day plant operation. By next year, this idea will be so commonplace, it will cease being a trend and become standard operating procedure.

This bodes well for the future of industrial digital marketing, the importance of which will only increase as industrial buyers become more and more dependent on their digital devices. 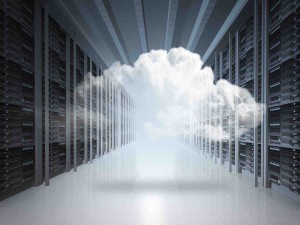 The phrase “in the cloud” has become so ubiquitous over the last few years it’s almost hard to see how big of a year 2015 was for the trend. As of 2015, 68% of manufacturers worldwide have more than two applications in a private cloud.

It’s easy to understand why this is the case since we have a growing need to be connected at all times. But the cost benefits don’t hurt either. Eighty-two percent of companies reportedly move to the cloud save money.

Conclusion: The cloud is no longer an emerging trend, but an essential part of any company’s infrastructure that will continue to see expansion and growth. 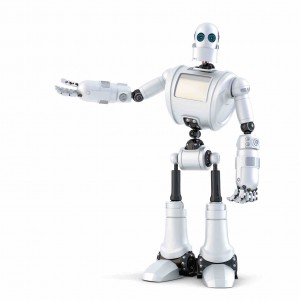 The influx of robotic “helpers” and similar devices noticeably increased in 2015. So much so that we already mentioned it in an Industrial Digital Marketing Roundup, but it was such a trend last year that it also made it to this year-in-review list.

Between cooking assistants, smartphone searches, Bluetooth leg prosthetics, Siri on the new Apple TV, Jibo, and the advances made by Boston Dynamics, robots are on the rise. Let’s just hope that Isaac Asimov’s Three Laws of Robotics are being programmed into the new recruits. 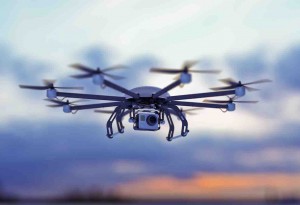 If Amazon unveiled its drone delivery service tomorrow, nearly all of their user base would be on board. We loved drones in 2015. Whether it was a drone dressed up like the Millennium Falcon or the U.S. National Drone Racing Championship, we explored a plethora of drone uses in 2015.

With prices continuing to drop, drone ownership (or “dronership,” as we like to say) keeps increasing, with some drone companies having doubled or tripled their production in 2015.

Bottom line: When South Park makes an episode about your product, you know you’ve officially become part of the cultural zeitgeist. 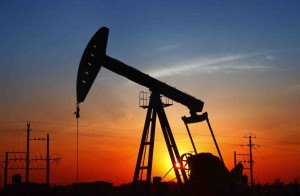 In 2015, the advances in fracking and other energy exploration technologies made it economically feasible to extract oil from harder-to-reach spots, catapulting the U.S. to the top of the list of global oil producers.

Furthermore, according to Reuters, the International Energy Agency predicts that the U.S. will remain the largest oil producer in the world through 2020. 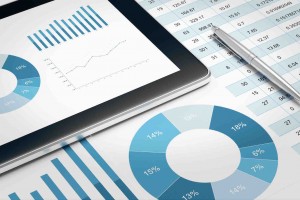 For a long time, business intelligence companies worked to consolidate and standardize their analytics offerings for companies not familiar with data best practices for enterprise-level rollouts.

This is no longer the case as large companies are developing tailored analysis tools to create analytics suites that can parse their big data and help them tackle specific problem areas. 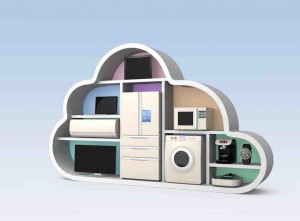 This is another area we touched on previously in an installment of the Industrial Digital Marketing Roundup, but ever since smart machines ruled the day at CES 2015, their prevalence has only increased.

Now that CES 2016 has taken place, it’s easy to see that the smart machine trend will accelerate this year. 2015 was the year of smart fridges but this year we’re seeing smart machines that live inside refrigerators and take pictures of your food stock.

With the advances in sensors and automation technology, 2016 will most likely be the year that the industrial sector starts to see a lot more participation from these types of machines. 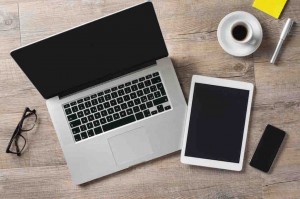 One word terrified marketers and website owners more than any other in 2015: Mobilegeddon. Google’s algorithm change prioritized mobile search placement for mobile-friendly websites, causing a big stir and leading to the launch of many a new website last year.

2015 was also the year that time spent on mobile devices officially surpassed desktop usage. So, if you’re reading this on your phone, know that you are now in the majority. Nearly half the Internet-using world is just like you. Take heed next time you plan an industrial digital marketing campaign. 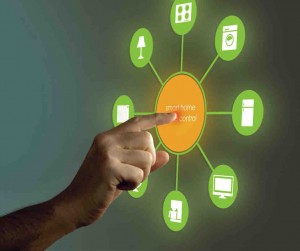 We’ve discussed the Internet of Things (IoT) in the past, showing how the interconnected pathways that allow machines and the web-based applications to talk to each other will revolutionize the manufacturing industry. In 2015, we saw what has been called “the next Industrial Revolution” gain more footing.

A report by Business Insider dives into the details and says that by 2020, 34 billion devices will be connected to the Internet and nearly $6 trillion will be spent on IoT solutions.

Two years ago, it would have been hard to have someone even recognize the term “Internet of Things.” In another two years, it will be hard to find anyone who doesn’t have a IoT-enabled device.

It should be no surprise that this technology trend holds the top spot on our list. If you attended CES last year or this year, you know how prevalent and widespread 3D printing has become.

Deloitte is predicting that with the expiration of the patent for Selective Laser Sintering in 2014, a new age for 3D printing and additive manufacturing is upon us. No longer will it be limited to prototyping. Instead, the main application will be end-product production — even mass production. We are already seeing this trend emerge with companies like CloudDDM, which provides 3D printing services on an industrial scale.

There you have it, the top 10 tech developments of 2015. It was a big year for a lot of different industries, but looking forward to the rest of 2016 and beyond, we can see that these trends are already expanding in the industrial sector.

Companies that embrace these developments will enjoy watching their competitors scramble to catch up during the coming years. Make sure you have a plan that incorporates these trends so your company will be chased in 2016 and not the other way around.