“The inventor gives to the world creations which are palpable, which live and work.” —Nikola Tesla

We talk about technology a lot in the Industrial Digital Marketing Roundup — and with good reason. When it comes to advancements in how we do business as industrials, inventions and the merging of life with technology take center stage more often than not.

Where it gets sticky is having to filter out the inventions that will actually make lives and businesses better from the ones that are flashes in the pan. Some things pop up again and again, such as sensors and automation advancements, but some bide their time until the world is ready to accept them.

In this quarter’s roundup, we’ll be looking at a mixture of those two types of technologies. Some of them, such as virtual reality, have been in the cultural zeitgeist for decades, but are only now being realized. Others, like emotion recognition, are new ideas that have seemingly been pulled from science fiction.

So, let’s dive in and see what the future holds! 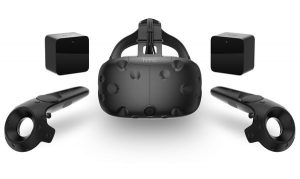 Not since The Lawnmower Man (1992) have so many people been as interested in virtual reality as they are today. Virtual reality (or VR) was one of the major themes at CES this year and, with new releases of VR headsets and applications for cell phones, it is more accessible than ever.

While VR is primarily associated with entertainment, more and more manufacturers are finding uses for the technology in everyday applications. Just watch this video about how Ford is using it to change the way the are approaching assembly simulations:

Outside of simulating assembly scenarios, manufacturers are using VR for R&D and product design, training demonstrations for new employees, quality assurance, and robotics control. As this technology advances, the applications will be limitless and will undoubtedly affect how manufacturers operate. 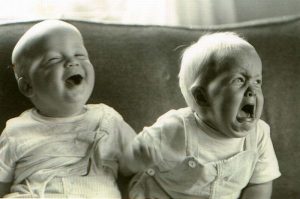 The 2002 film Minority Report takes place in “the near future” and at one point, John Anderton (Tom Cruise) is seen walking through a pavilion where targeted advertisements address passersby by name.

Now, try to imagine taking that a step further and having ad networks that not only know who you are, but also know what your mood is based on your facial expression. If you’re having a bad day, they may show you an ad for Ben & Jerry’s Cherry Garcia Ice Cream (because you’ve mentioned it’s your favorite on Facebook). Or, if you’re in a great mood, you may see an ad that tells you to celebrate by taking your family out to a movie you noted you wanted to see on Fandango.

As this technology advances, we’ll begin to see business applications such as personalized welcome message on displays in corporate lobbies cued by cameras recognizing clients. Or, systems that evaluate if an employee is too exhausted to work an overtime shift.

To understand the reach and breadth of this trend, let’s look at the iPhone. When the iPhone was first released in 2007 (less than a decade ago, imagine that), it came with only five sensors — proximity, ambient light, accelerometer, magnetometer, and gyroscope. As of 2015, smartphones on average had as many as 21 sensors to track everything from pressure to fingerprints to focal distance. It is theorized that by 2027, smartphones could have as many as 160 sensors each.

While it’s no secret that machines with sensors will be able to relay periodic information for upkeep and maintenance, the Trillion Sensor Movement envisions other industrial uses for sensors as well. Imagine factory uniforms that register when work is being done, or tracking sensors that make the thought of losing equipment obsolete, or even sensors that can predict bottlenecks on the supply chain.

While some of these are futurist thoughts, many could become realities in the next few years and it’s important for B2Bs, especially industrials, to make sure their infrastructure is set up to be make the leap. 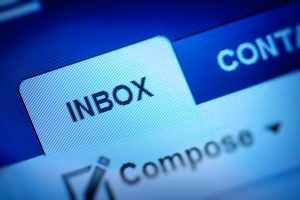 If someone gave you a nickel for all the articles published over the past five years with titles like “Email Marketing Is Dead,” you’d have a lot of nickels.

While it’s easy to declare the “death” of an established marketing trend, this myth couldn’t be further from the truth. This year seems to be ripe for reminding the world just how important email marketing can be.

According to Gigaom Research, marketers consistently rate email as one of the best activities for awareness, acquisition, conversion, and retention. We’re about to see that potential expand even more due to the ever-increasing number of emails being opened on smartphones every year, making mobile email marketing imperative for any industrial marketing plan.

The question now becomes, “Is my industrial marketing program using email in the most effective ways possible?” Since the trends point to more and more companies using email, the competition will increase. Emails that feature mediocre content and design will no longer cut it. B2Bs are going to need to start thinking beyond just using email to using it well.

There you have it: the most interesting tech and trends so far in 2016 that are changing the game for industrials. Companies that accept these trends and adjust their businesses accordingly will have the distinct advantage of watching competitors scramble to catch up over the next five years. Make sure your company is being chased in 2016 and not the other way around!