In the industrial sales process, there are two critical components to writing a winning proposal: knowing how to structure it and then using the right proposal software. I hate to tell you, Microsoft lovers, but opening Word and creating a file on your desktop no longer cuts it.

In the first post in this two-part series, we learned about proposal writing best practices. Hope you took notes. In this second piece, we’ll talk about online proposal software that not only make proposal writing easier, but, ultimately, better.

Before we go any further, let’s clarify the type of technology product we’re talking about here. In short: any good proposal software is one-part word processor and another part light design tool. Instead of writing your proposals in Microsoft Word and then getting a designer to “make it pretty,” these programs allow the layman to do both, all within the same web-based platform.

Proposal software aims to streamline proposal production and allow multiple collaborators to contribute at the same time (like a Google Doc). Most of them feature drag-and-drop proposal creation in the form of a WYSIWYG editor along with out-of-the-box design templates. The best examples of proposal software allow you to really customize the look and feel of your documents, to the point that it mirrors what a designer could create in an Adobe product.

Next, these proposal writing tools often integrate with your CRM.

And finally, a huge advantage of these software packages is that you can deliver your proposals online, and even see analytics about who is viewing your documents (just like you can monitor who is watching your website).

The best part of sending proposals online is having your prospect actually sign your proposals online. That’s right — no more printing out, inking, and searching for a hotel business center fax machine.

Seems too good to be true, right? Well, it’s not a new thing.

The first proposal software hit the market over five years ago and a number of new players have emerged of late. Just like email marketing programs in the early 2000s, some proposal software companies are emerging as the dominant market leaders and a slew of fast-followers are starting to crowd the space and make it difficult for the average Joe to determine who’s who and what’s what.

Let’s take a look at our top five contenders and then name a champion.

We’ll start our list with TinderBox because it is quickly becoming the market leader. TinderBox is to proposal software what ExactTarget is to the email marketing world, which implies that they’re feature-rich, best suited for larger companies, and by nature . . . more expensive.

Founded in 2010 with more than $12 million in venture capital, TinderBox is a serious software company.

They actually do more than just proposal writing. Their product suite features a presentation capability and closing tool to boot. They have arguably more bells and whistles than anyone else with features like assigning internal tasks, integration with Box, DocuSign built-in, and deep reporting down to the page of the proposal your prospect viewed. However, for most companies, this feature set will be overkill.

It’s expensive (like $3,600 annual minimum). And they have a pretty corporate-feeling sales process, whereby you get vetted by a couple of salespeople and can’t sign up for a free trial to test drive the tool.

These guys launched as a spin-off of a much bigger company in the space, QuoteRoller. PandaDoc is still a relatively small player having only hit the market in 2014. Their advisors include execs from Intuit and HubSpot, so they’re a platform to watch.

Like TinderBox, PandaDoc isn’t just limited to proposals. It offers solutions around contract management, quoting, and HR. Its online signature feature is pretty bulletproof. The drag-and-drop editor is really slick. And it integrates with countless other systems such as HubSpot, Salesforce, Oracle, Stripe, and Dropbox.

The design system is relatively rigid, not offering as much customization as you’d expect. And any time a product is an offshoot of an existing company, you have to worry about the same team working to support two different platforms. 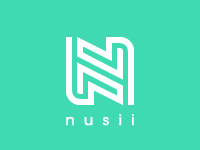 Like many others in this space, Nusii is a very small company — two guys founded it three years ago. Their clients include businesses from 50 countries around the world and they’ve really carved a niche for those looking for simplicity.

It’s really darn easy to use. The user interface is elegant and the tool is purposefully no-frills. You can do all the basics, like branding your proposal, working within a template, sending online, and securing online signatures. But . . .

. . . there’s not much beyond that. Compared to the other examples of proposal software in this review, Nusii really does lack features. And at $49/month, it’s relatively expensive considering that other (better) platforms are cheaper (see below).

Don’t be fooled by the minimalist website, as Bidsketch is a relative “oldschooler” in this space, having launched in 2009. They focus on customer service, usability, and education via their good blog and resources that help educate the market on how to win more deals.

The reusable content feature allows you to save fees, copy, and designs to use again and again. The tool also gives you the ability to upsell additional services within the proposal by giving your prospect a budget with optional fees.

The editor is very basic and the template designs just don’t look all that great. You’re limited with the number of fonts and also constricted when it comes to the structure of your document.

Drumroll, please. We saved the best for last.

After weeks of comparison shopping for ourselves here at Industrial Strength Marketing, we came to the clear conclusion that Proposify was the best of the bunch. We’ve used the platform for months and still feel great about the decision.

We’ll get to the features below, but we have to say that the company itself stood out for us. It’s a small team based out of Nova Scotia, Canada, and it’s immediately obvious they just care about their customers. There’s something about the brand that makes you feel like you’re using an Apple product while the other companies on this list are PCs. Sometimes, that goes a long way.

It’s slick. There’s no doubt that the user interface itself is smooth and easy to use. The WYSIWYG editor is extremely customizable, but the tool also comes out of the box with countless great-looking templates to start with. You can embed videos into your proposals. Mix and match content sections via drag-and-drop. It integrates with plenty of other platforms, such as HubSpot and QuickBooks. On the back-end, your can collaborate via tasks and comments. And for all that it offers, a starting price of $25/month with no contract is hard to beat.

About the only thing we dislike is that Proposify does just one thing, and that’s proposals. If you need a more robust software package to present online, manage contracts, etc., this isn’t for you.

Now that you’re armed with advice and recommendations regarding proposal software, don’t revert back to your old ways. The days of copying and pasting from and into Word documents are over. Try some free trials of the platforms reviewed above and let’s end 2016 with more new business than ever before.

Kevin Brown is Co-Founder and CEO at Mighty Ally. Kevin is a seasoned agency entrepreneur, having won the NEXT Award for Startup of the Year and been named an "Executive Influencer" by Billboard magazine.